Checkout our team below 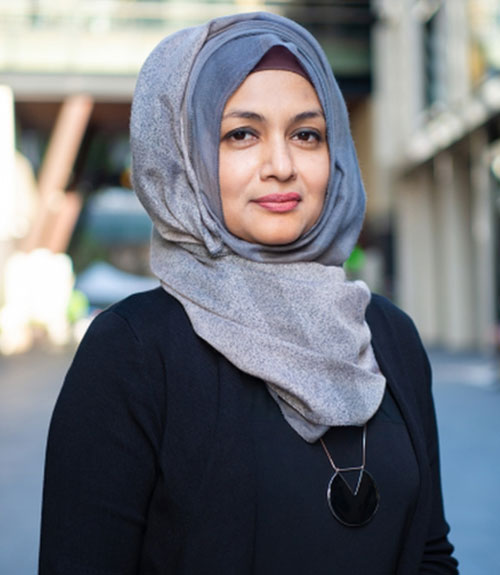 Dr. Sabrin Farooqui was born in Bangladesh and came to Australia as an international student to study a Master of Arts in TESOL at UNSW. She later completed her PhD in Education at the University of Sydney. Sabrin has worked for private and public sectors; in higher education, research and policy. She developed a passion for helping disadvantaged when volunteering for SSI (Settlement Services International) and Shakti Migrant and Refugee Women Support Group. Her priority is education, employment and empowerment. She works with people who are new to this country within their own communities, while ensuring their voices are heard at higher policy levels. Helping these vulnerable migrants and refugees comes from her passion to right the wrongs and make a difference to people’s lives. She believes in facilitating a harmonious, multicultural Australia where all migrants are recognised as valuable contributors to community life, the economy and are an integral part of the country’s social fabric. 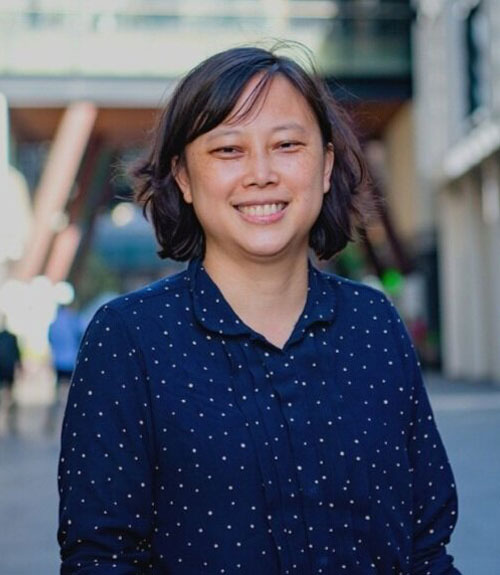 Linda is a first generation Aussie from a refugee family.
She has a Bachelor of Arts and Bachelor of Commerce from the University of Sydney and has 20 years’ experience in technology across different sectors. She has spent the last 13 years in banking and financial services, currently leading technology programs and initiatives at Westpac Group. She is a mentor for Catalysr, an entrepreneurship program for migrants and refugees, and a mentor with the NEXT Innovation Accelerator Program – working with students at the University of Sydney to flex their creative muscles and entrepreneurial skills. Linda has experience working in the community with indigenous, migrant and refugee Australians, as Treasurer for Shakti Migrant and Refugee Women Support Group NSW, and with Ngaanyatjarra, Pitjantjatjara and Yankunytjatjara Women’s Council as a contributor to the Ara Irititja Digital Archive Project. She is passionate about a multicultural Australia and is committed to supporting a new generation of socially responsible, culturally and gender diverse leaders. 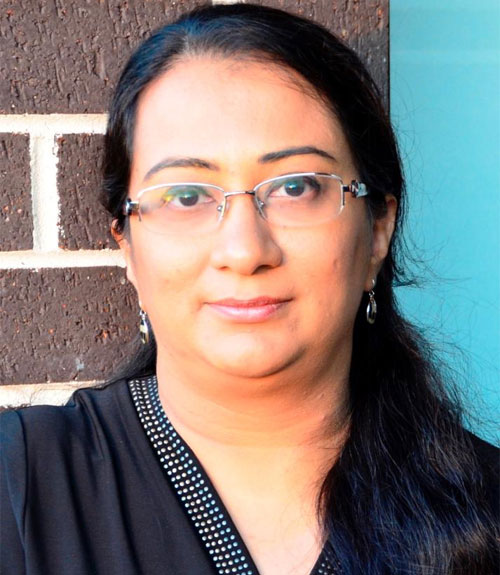 Sadia Tabassum is currently a Data Engineer in Westpac who has done her undergrad in Computer Science and Engineering in Bangladesh and Masters in Engineering from The Australian National University. Being professionally involved in IT sector in the Banking and Finance sector for the last 15 years, she felt the urge to contribute to the society by serving the Migrant and Refugee community in Australia. As an adult migrant, she understands the problems faced by the people from migrant backgrounds in Australia. This has made her passionate for equality and a fair multicultural society. Sadia is a dedicated and committed volunteer who has spent countless hours since being involved in community groups, not for profit organisations, often in leadership positions. She served as Treasurer and later as Chairperson in Shakti Migrant and Refugee Women Support Group NSW Inc. 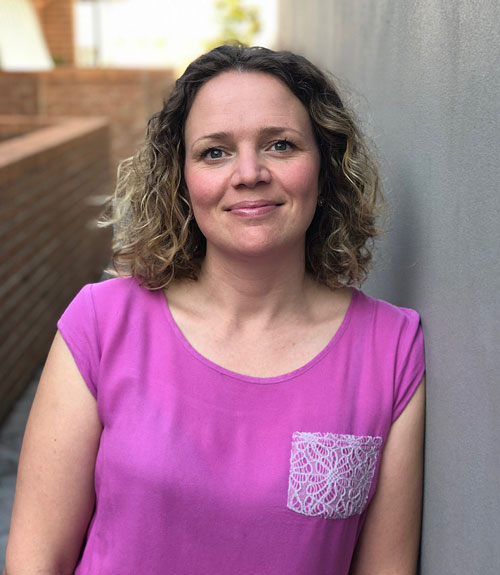 Natasha has a strong background working in the not-for-profit sector, in community mental health, public sector mental health, as well as in independent consulting. She has a Bachelor of Behavioural Studies (Psychology), a Graduate Certificate in Health Promotion and is undertaking a PhD through the University of Newcastle. Her research explores public attitudes towards refugees and the of impact of these on the mental health and wellbeing of young refugees. Natasha is passionate about human rights and social justice, with a particular interest in women’s rights, refugee rights, mental health and disabilities. Natasha is a member of a number of organisations that align with these interests, including Syndromes Without A Name (SWAN Australia), the Australian and New Zealand Mental Health Association, and the Emerging Scholars Network at the Kaldor Centre for International Refugee Law. 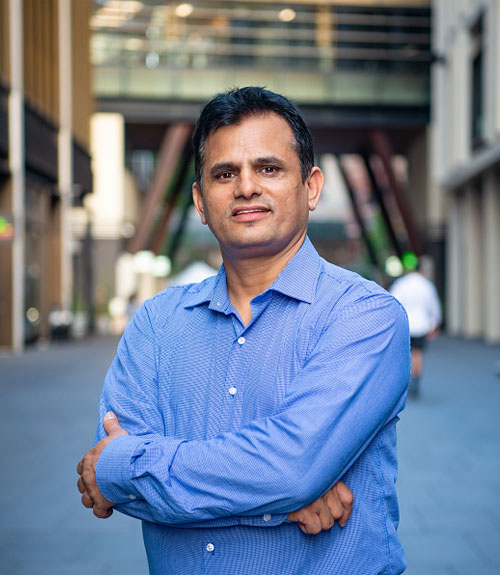 Nagendra has over 20 years’ international experience in the community, not-for-profit and government sectors. He has held key leadership, engineering and project management roles with the Nepalese Government, UNICEF, UNHCR and Habitat for Humanity. Under his leadership at UNHCR, he set up two refugee camps in Jordan housing 100,000 refugees who had fled from the war zone in Syria. During his time with Habitat for Humanity, he led the construction of temporary shelter in Haiti after the earthquake, and also led the construction of primary schools and health clinics in Indonesia after the tsunami in 2004.
He is a passionate community servant who believes in the potential of others, and is committed to bringing out the best in everyone. He has been able to promote significant, positive change in communities and individuals through his advocacy and compassion.
Nagendra has a degree in Civil Engineer from Tribhuvan University, Nepal. 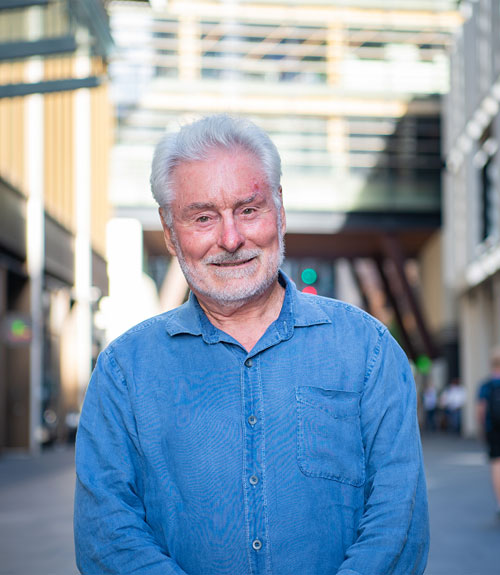 Wayne is a 7th generation Australian and is proud of his family history. He has lived and worked in 3 states, the ACT and PNG, and received various awards relating to his work including 2 associated with his service in PNG. Wayne has a Graduate Certificate of Business Management from Monash University, and part completion Bachelor of Laws degree, University of Adelaide. He has extensive experience in executive management in the public sector and in the private sector as a probity consultant. Much of his professional life has been spent specialising in areas of policy development and program delivery to disadvantaged minorities. He has a strong commitment to improving Australia’s policies in the area of social justice, and particularly for indigenous Australians, refugees, asylum seekers, and newly arrived migrants.
He believes Australia should be a country where all persons are valued equally irrespective of their ethnic origins, skin colour, language, or religious beliefs, and that we should all be working to make it a harmonious multicultural society. 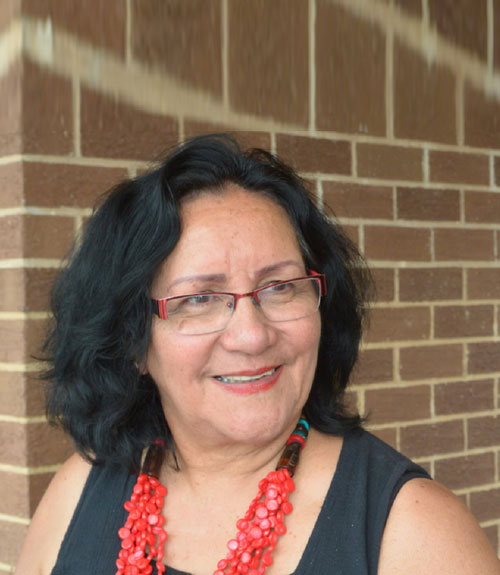 Rasme has a deep personal commitment to the wellbeing and advancement of Aboriginal and Torres Strait Islander people. She has lived and worked in 3 States and the ACT and has dedicated much of her life to working in the public sector in this field. She is proud of her Torres Strait heritage and for some years had her own successful cross cultural awareness consultancy until she retired. She is on the Western Sydney University (WSU) Indigenous Employment and Engagement Board, and is an Elder on Campus at WSU. She was a founding member of the Women’s Reconciliation Network (Sydney). Rasme is committed to addressing environmental and social justice issues, particularly relating to racism and gender. She is committed to working towards a fairer and more equitable society for all whilst welcoming indigenous people from other countries who wish to live in this wonderful country. 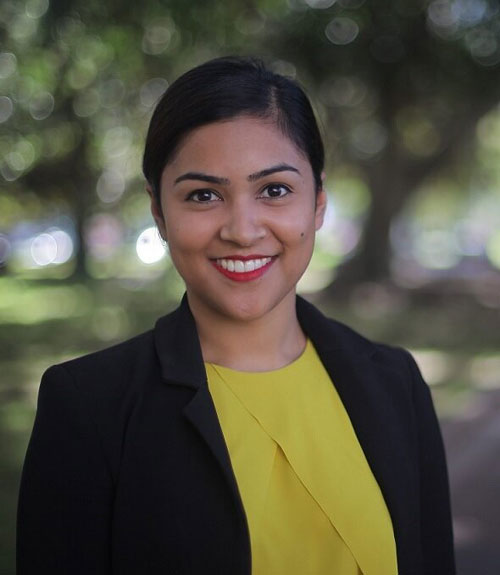 Nabilah has been a lawyer since 2015 after graduating with a Bachelor of Law / Arts from the Australian National University. Before working as an immigration lawyer with a global law firm in Sydney, she worked as a criminal defence lawyer assisting Legal Aid NSW and Aboriginal Legal Service. Nabilah’s history of volunteer work includes working with community legal centres in Sydney, legal justice projects in South Africa and assisting a legal defence team at the International Criminal Tribunal for the Former Yugoslavia at The Hague. Born to Bangladeshi parents and growing up in Australia, Nabilah has always had a strong gravitation towards enhanced social cohesion, advancing social and criminal justice, and promoting refugee and indigenous rights. 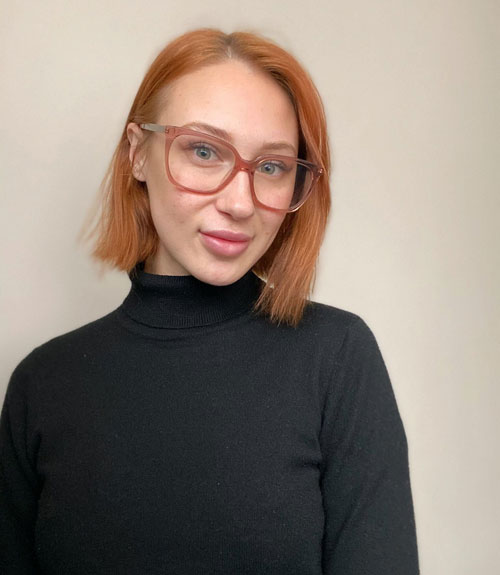 Arielle is a researcher, student, and passionate advocate for LGBTIQ+ and culturally diverse people and aims to empower diverse communities at the intersections through her work. She has co-published a paper with her colleagues at the Centre for Family Research & Evaluation that took an intersectional co-production approach to meeting the COVID-19 information needs of multicultural LGBTIQ+ communities. In this role, Arielle works in research, evaluation and training with a focus on preventing family violence. She completed her Bachelor of Psychology with Honours at Deakin University in 2020; her thesis focused on intimate partner violence. She is currently studying a Master of Health Promotion and is working to publish her thesis on reproductive decision-making among forcibly displaced women resettling in high-income countries. She also works for La Trobe as a casual academic supporting the publication of scoping reviews about reproductive coercion with a socio-ecological and intersectional lens. Arielle is also studying Forensic Behavioural Science and with her knowledge and experience of family violence aims to work in the field supporting victims of crime, and rehabilitating women, trans, gender diverse and culturally diverse offenders. Arielle believes in mobilising her positions of privilege to achieve social justice for all. 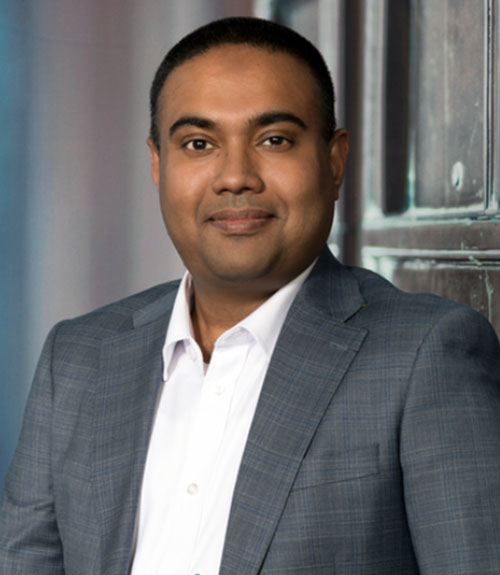 Rizan Rizvi is a digital strategist and an enterprise architect, with over two decades working in IT professionally, helping many organisations in Australia, the US, and Europe.

He is actively involved in designing and transforming how societies live, learn, work, and play—explicitly improving the quality of life by making education accessible.

Rizan is from Sri Lanka. He migrated to Australia in 2003 and is permanently living in Sydney since 2005. He completed the Masters in IT from Macquarie University, and he continues to volunteer in many professional and community organisations. 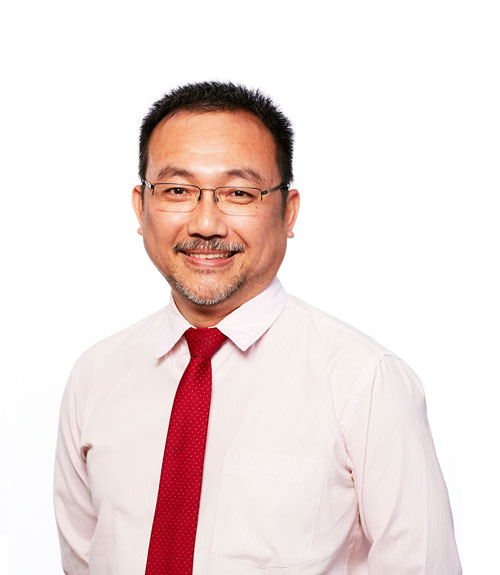 Brahm graduated as a medical doctor and GP from Airlangga University, Indonesia, and completed his master’s and PhD in public health at UNSW before becoming an Australian permanent resident in 2011. He has been an academic since 1996, teaching medical, public health, nursing, and pharmacy students at undergraduate and postgraduate levels in Indonesia and Australia. His research interest is in cross-cultural knowledge translation, community-engaged learning, and intersectionality of various diversity aspects especially ethnicity, religiosity and sexuality. Brahm has been actively involved in non-governmental and grassroots community organisations since his undergraduate years, mainly working in health, community development and diversity with minority, disadvantaged and marginalised populations. He is the Associate Dean (Engagement) at the Western Sydney University (WSU) School of Medicine, overseeing the School’s partnerships with hundreds of community organisations and individuals in Greater Western Sydney and beyond. He has led diversity-related professional groups under the auspices of the Western Sydney University, the Public Health Association of Australia, and the Association for Medical Education in Europe. 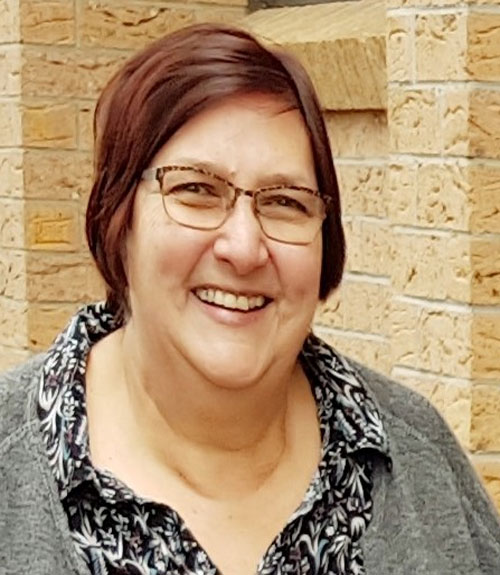 Linda is a retired TAFE and University Teacher with many years in grass roots community work. She is currently a grants officer with Mid North Coast U3A, her work involving coaching managers in small business organisations.

Linda has vast experience in developing strategic partnerships with local councils and TAFEs in Western Sydney to meet the needs of socially disadvantaged people. She has served on management committees and developed good practice governance models. Linda’s grass roots work has been successful in meeting the needs of social housing residents, while providing work experience for welfare students. Linda enjoys a challenge and is happy to share what she has learnt over my many rewarding years in teaching, community work and coaching. Linda has a BA in Adult Education, Graduate Certificate in Change Management and Diploma in Management.